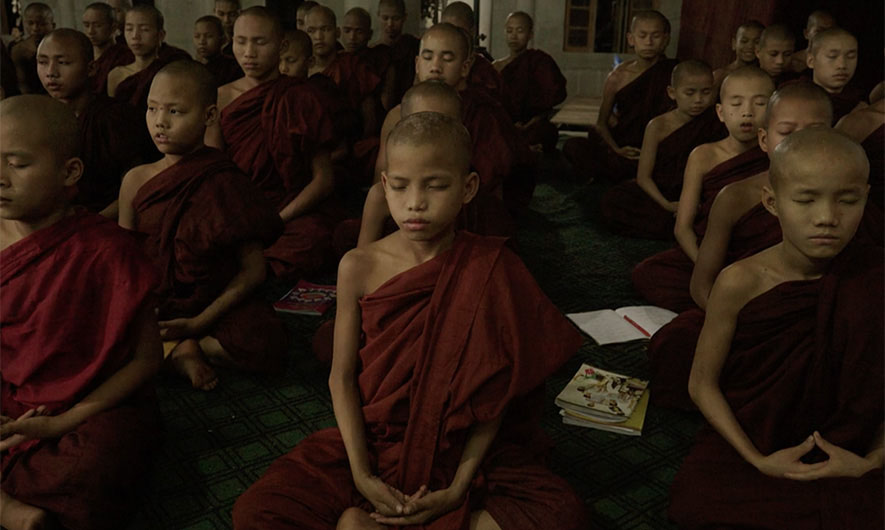 The Venerable W is a deeply disturbing look at the Burmese Buddhist monk Ashin Wirathu, whose abhorrent Islamophobic rhetoric has been at the forefront of Myanmar’s ethnic cleansing campaign against the Rohingya minority and other Muslims. What’s especially troubling for the filmmaker is that the monk’s

dehumanizing sermons seem to run counter to everything we associate with Buddhism, the religion of peace and enlightenment. Yet Wirathu’s Buddhism is a nationalist, racist and bloodthirsty ideology, leading to Time magazine placing him on their July 1, 2013 cover with the headline, “The Face of Buddhist Terror.” This situation in Myanmar is deeply complex.