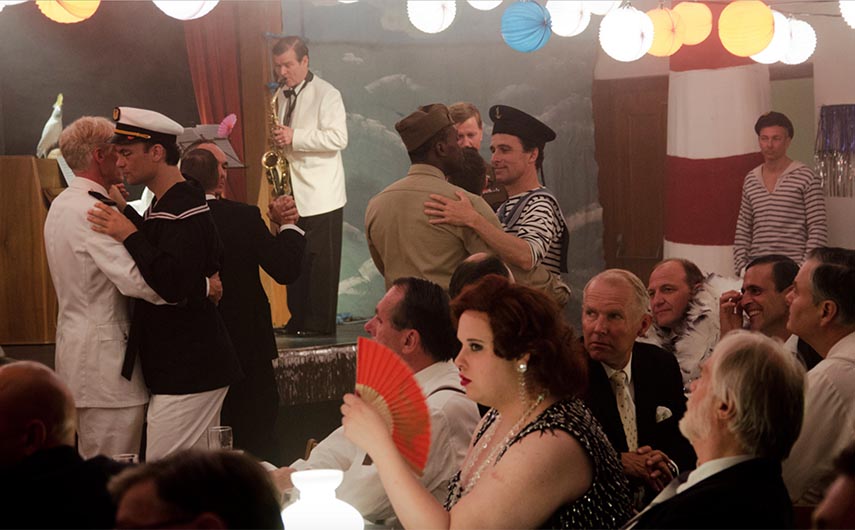 An intriguing combination of dramatization, contemporary documentary footage and historic stills, The Circle is both a chronicle of changing attitudes to gay men in 20th century Europe and a particular (and touching) love story. Teacher Ernst and transvestite performer Robi fell in love in Zurich in the 1950’s. The gay-friendly city beckoned men from all over, many of them members of The Circle, an international organization devoted to gay interests. But tension rose within The Circle and between Ernst and Robi as persecution increased: was it better to be conciliatory and moderate, or face the dangers and pride of radicalization?