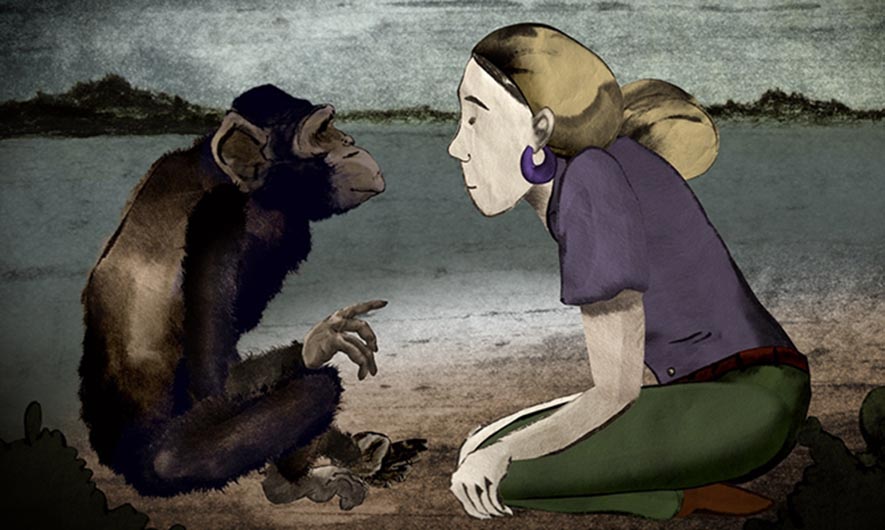 Our Gala Short ~ Lucy was an extraordinary chimpanzee raised to believe she was human as part of a psychological experiment started in the 1960’s. When Lucy turned twelve, she began to act out violently. Her adoptive parents decided to send her to Africa where it became a tremendous struggle for Lucy to adapt. Lucy managed to learn over 120 words in sign language and was capable of expressing complex human emotions that we thought were exclusive to the humans. Lucy is a short animated film telling the true-life story of an unhappily domesticated chimpanzee, and the extreme sacrifices that Janis Carter made to set her free.