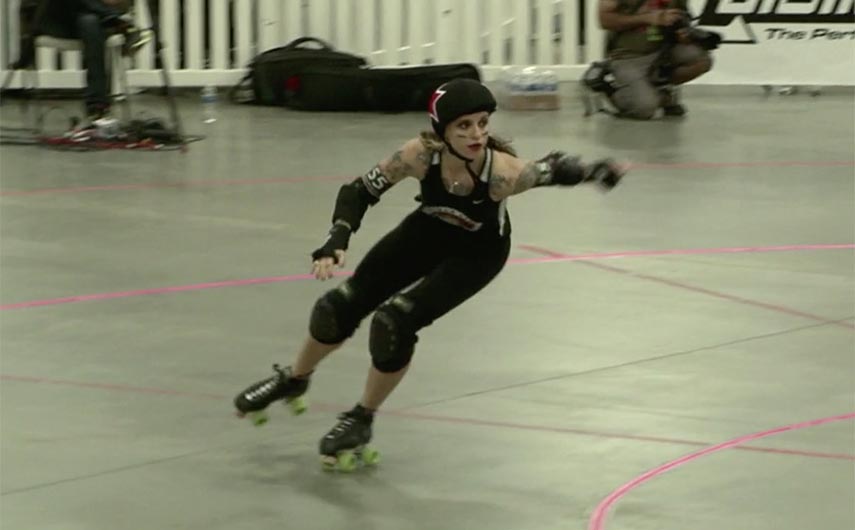 Enter the fray inside the adrenaline-filled world of women’s roller derby, where badass warriors such as Raw Heidi, Kamikaze Kitten, and the Iron Wench are changing how we look at femininity and competition. The fastest-growing women’s sport in the world, modern derby has come a long way since the 1950s: punk, feminist, queer-positive and all-embracing. Including footage from the first-ever Derby World Cup, the film charts the battle for rolling supremacy between elite teams from New York and London, plus an upstart team of tattooed misfits from Montreal – the New Skids on the Block. Fast, fun and smart!