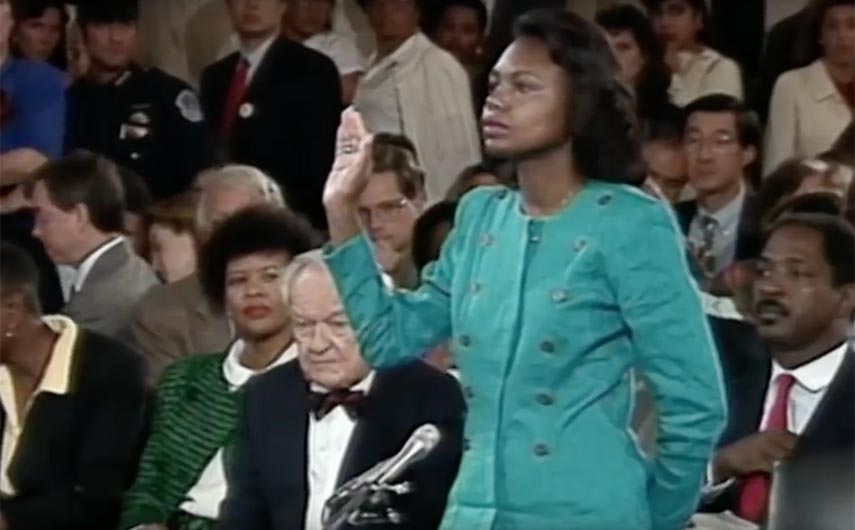 Recent events in Canada have shown what happens when a powerful man is accused of sexual harrassment and a media furore ensues. 24 years ago it was Anita Hill’s testimony against US Supreme Court nominee Clarence Thomas that was in the spotlight. Hill was a young African-American law professor who had endured repeated harrassment whilst working with Thomas. Bravely taking the stand in front of a committee of 14 white men, she graphically described her experiences and divided opinion around the world. Freida Mock’s documentary is a vital portrayal of a young woman speaking truth to power.