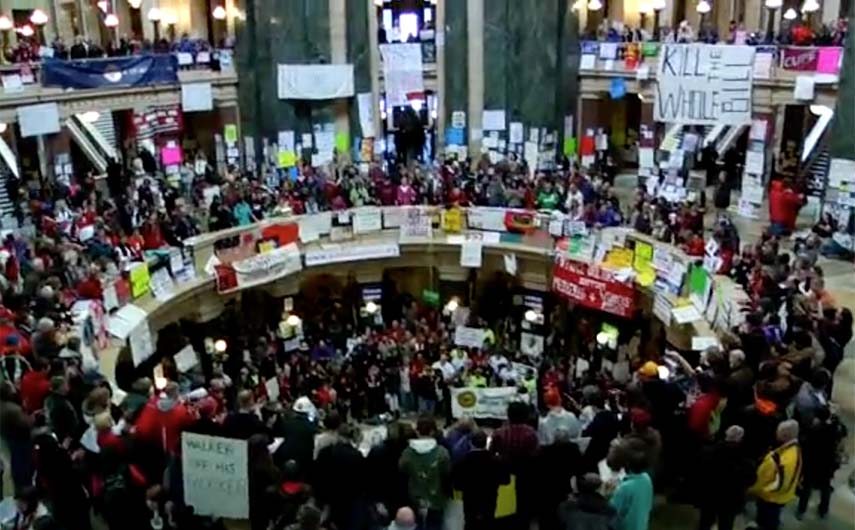 When a Republican Governor threatens to wipe away worker rights without public debate, six (extra)ordinary citizens join the growing protest at the State Capitol, spending the next twenty-six days building a movement that not only challenges the bill, but the soul of a nation. We Are Wisconsin focuses on the human story behind a popular uprising, following these six protestors from different walks of life as they band together to achieve a common goal. It also shows Wisconsin awakening a sleeping giant of collective voices, alarmed and angry at the corporate-funded, hyper-conservative wave of local government sweeping the USA.