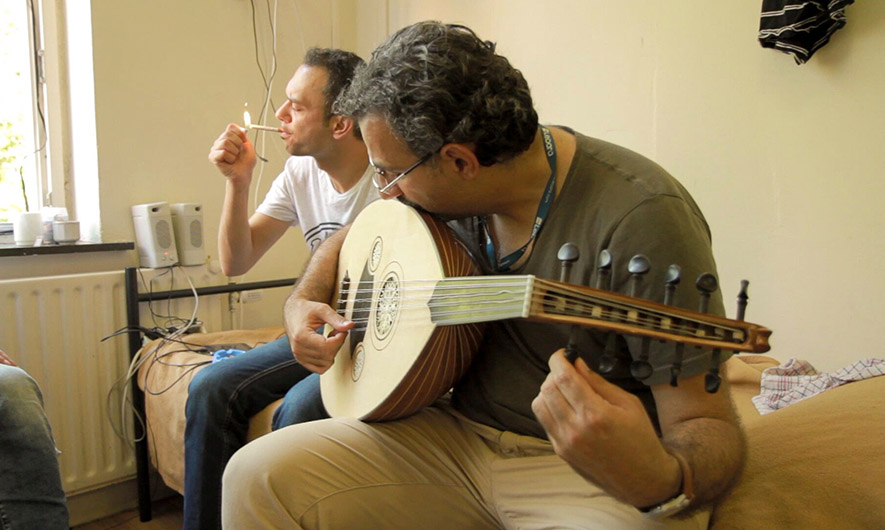 Vancouver-based filmmaker Amar Chebib returned to Syria in 2010, shortly before a bloody civil war erupted into the largest humanitarian crisis of our time. Forced to rebuild their lives in exile, musicians Ibrahim, Abdulwahed and Mohamed turn to their love of traditional Sufi music to help them find meaning in the wake of unimaginable loss. Chebib documents their harrowing stories in his first feature-length film. Intimate footage of the musicians’ daily lives weaves together with bittersweet musical performances, rare Sufi ceremonies and poetic imagery of the cultural majesty of pre-war Syria. A cinematic meditation on loss, yearning and faith.