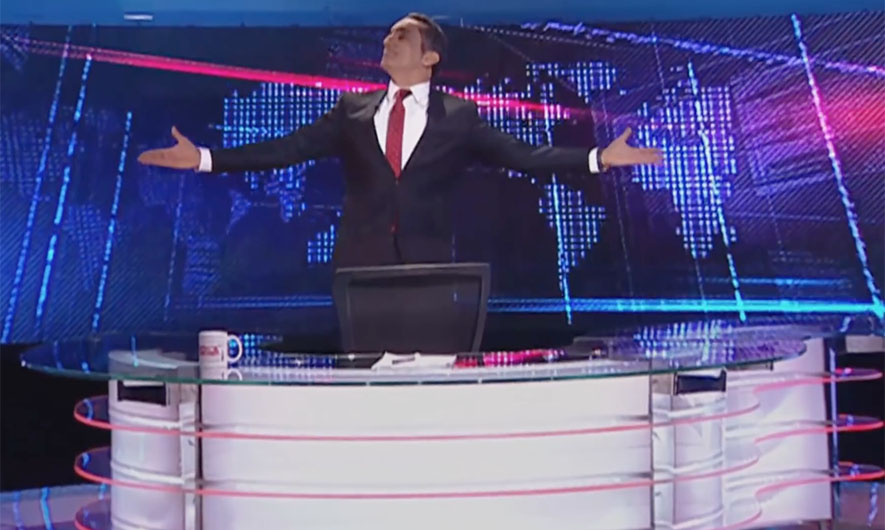 When Doctor Bassam Youssef turns to humour and satire to awaken the Egyptian people to true freedom of speech, he shows them an alternative to bloodshed as a tool for revolution. Through his television series, he becomes acclaimed as Egypt’s Jon Stewart, critiquing the increasing absurdity in the behaviours of the so-called democratic governments following Hosni Moubarak’s fall. Likewise, to create that same awareness in an international audience,Tickling Giants uses that humour but with a feather light touch. The message of hope, as always, lies in collaborative and inventive spirits, this time behind his tv show and Taksler’s film.