The Rankin File: Legacy of a Radical 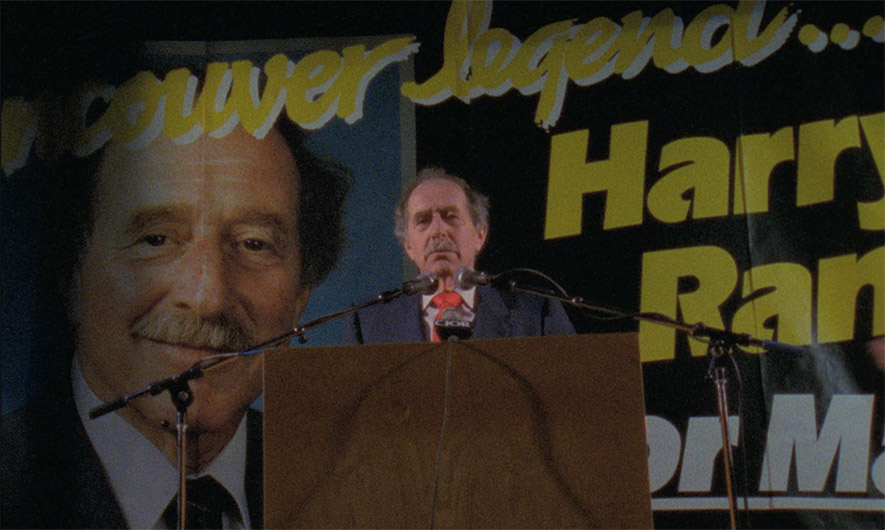 In 1986, outspoken socialist City Councilor Harry Rankin ran for Mayor of Vancouver against rightwing upstart Gordon Campbell. Having set out to build a working-class political movement that put power in the hands of the people, Rankin fought tooth and nail to prevent the overdevelopment that he accurately foresaw. Unearthing never-before-seen 16mm reels from the campaign – in which Rankin practically jumps off the screen with his quick wit, political conviction and biting sense of humour – filmmaker Teresa Alfeld completes a long-abandoned project on the colourful life of a fearless and flawed man who dedicated his life to social justice.