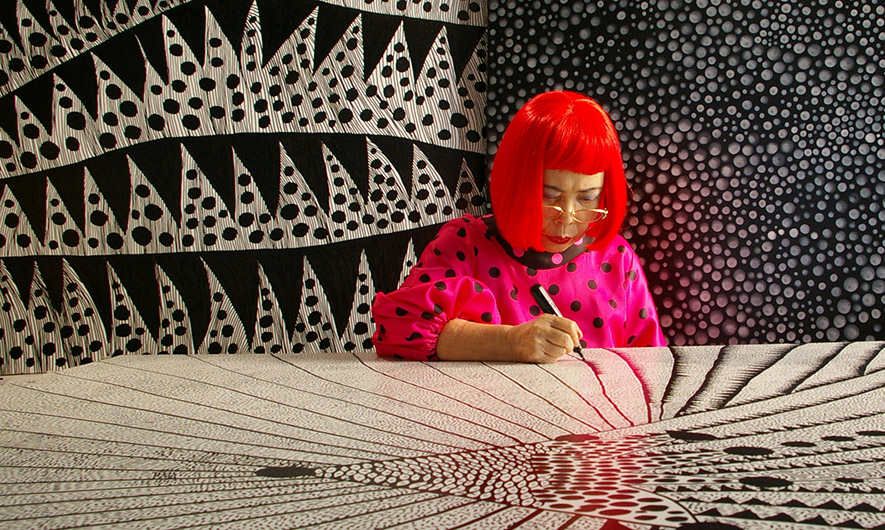 Trailblazer Yayoi Kusama saw dots and dashes everywhere and her only choice was to paint what she saw. Her tumultuous quest to become a world-renowned artist takes her from a conservative Japanese upbringing to a brush with fame in ’60s America, where she battled racism and sexism to rival Andy Warhol for press attention. Now in her 80s, this fiercely determined woman is an international phenomenon with her hugely successful Infinity Mirror Rooms, although her hallucinations eventually led her to the Tokyo mental institution she has called home for 30 years. Nominated for the Documentary Grand Jury Prize at Sundance.