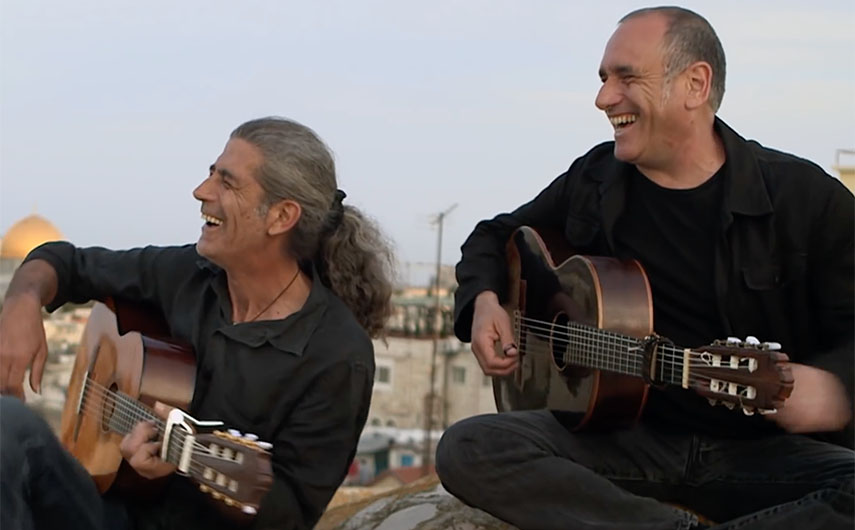 Equal parts inviting music documentary and informative peace activist film, East Jerusalem West Jerusalem is all about surmounting barriers and seeking unity. Celebrated Israeli singer-songwriter David Broza gathers a group of musicians from both halves of Jerusalem: East, the predominantly Arabic section, and West, the predominantly Jewish section. Both have a long complex history of people forced to move from their homes, and the psychological and physical barriers are huge. Hoping to assuage this bitterness, Broza and his companions bravely combine their goodwill and their music as they create an album of songs of peace and harmony in the face of increasing unrest.